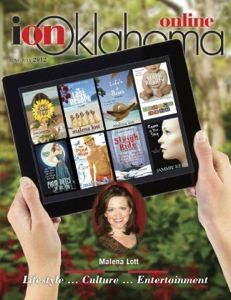 This week I’ve encountered several versions of a similar theme: inability to move forward on something. In one the person admitted to me she hadn’t been writing even though that had been a big goal of hers earlier in the year. I shared with her my advice about morning pages and making a commitment to your writing every day, no matter if it’s only thirty minutes.

Yesterday my husband told me he had writer’s block, but his had to do with his pain level and afternoons being the hardest on him. I get that way with migraines – an inability to work at my highest level when I’m feeling at my lowest. You either push through or come back fresh later.

Last night I read an old article from O Magazine on creating a writer’s agreement with yourself. If that’s what it takes, then go for it. Type something up so it’s official. I know for a lot of our Buzz Books authors, it’s the looming deadline that keeps them on track.

Even though I gave myself a deadline on my young adult short story for the SOMETHING WICKED anthology, I had trouble completing it. I’d think about it and a sinking feeling would hit me. Yet I promised our editor, Mari, that I’d get it to her this weekend and if I don’t write in the morning while my brain is fresh, honey, it ain’t happenin’. What was holding me back on the story was I didn’t feel I had enough conflict. I’d set it up well and then…nothing. The characters and setting are all based on my GODDESS SISTERS series that will be out soon, so it was simply feeling uninspired about what action would carry the story through. What got me over the edge was doing a bit more digging into mythology. I can’t believe the story was right there all along. I’d already called it Arach War and had made Athena my main character without realizing there was a Greek myth about Athena and Arachne. Geesh. I LOVE the story now. Even my 7th grader knew about the original myth as they’d studied it in reading writing workshop the year before. Now I can’t wait to share it.

While there is no easy answer to what’s holding you back, I’ve found that with a little introspection followed by a commitment, I can forge on or find the new direction I need to get through it. Now that school is starting, I’ll have more quiet time to write on new projects as well as working on growing our Wings rewards program at Buzz.

Here’s hoping you will take the time to find out what’s holding you back from your dreams.