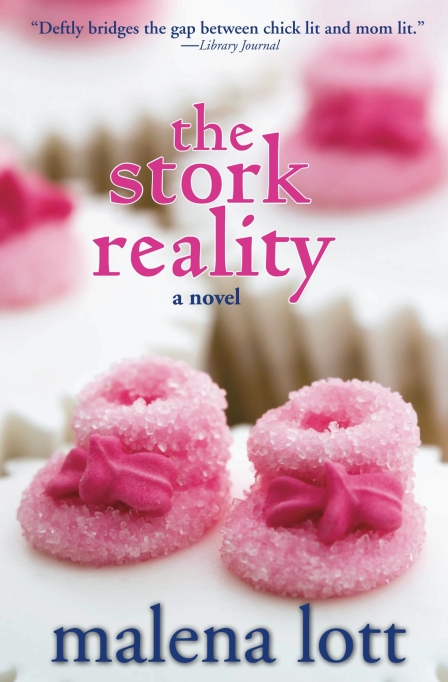 What to expect when you’re expecting? For a career-driven couple that didn’t plan on having children – and two best friends with different dreams of motherhood – it’s a nine-month roller coaster ride.

Creative director Taylor Montgomery gets the surprise of her life when she finds out she’s pregnant the same day her best friend, Hilarie, finds out she’s not. Taylor never wanted to be a mom, but it’s all Hilarie has dreamed about. The Stork Reality: Secrets from the Underbelly updates the original novel about the journey to motherhood and how pregnancy changes marriage, work, and even close friendships.

Taylor experiences the stork reality as she maneuvers the wild new world of moms-to-be and comes to terms with what it means to be a family.

This humorous, poignant novel will appeal to women and moms in all stages and celebrates that no two pregnancies, moms or approaches to motherhood are the same.

The Stork Reality: Secrets from the Underbelly is the updated version of my 2006 debut novel, and it’s the first time as an ebook. I added a special new character, Taylor’s best friend, who is struggling to become a mom.

“This version of the book took the story to a different level by introducing another character, Hilarie, who is Taylor’s best friend. Unlike Taylor, Hilarie desperately wants to become a mother and finds out the same day as Taylor that she won’t be. I loved the new character introduction and the twists and turns that develop between the friendship of Taylor and Hilarie.

Even if you read the original Stork Reality, I highly recommend that you read this version as well. It’s an enjoyable read that took me back to the days of my own pregnancies, reminisced about my own friendships, and left me smiling.” – Deb D.

Join Mamapalooza at StorkRealityBook.com where 40 moms are blogging about their personal experiences with pregnancy and motherhood from 3/1 until Mother’s Day!